On a project with Richard Taylor in Amsterdam at AWA Gallery:

Like children engaged in parallel play, until we met somewhere in the middle, amidst a temper tantrum or two, indulged in decadent singing of la-la-la-la in order to transcend the moment when your badge licked toffee Italiano from the towering floor.

We battled and fought, through fraught and tempered waters. Tit for tat, and tat for tash. Through stories told we closed our circuits armored for war. We built a solid fortress out of syntax and song, and danced a mirrored image across our caged wall, over the phallic mounds of the male gaze.

I built a Trojan horse from matted hair, and sticky chambers of sugar and gold. Your blimp hung over it like a mushroom cloud dispersed into the air, collecting debris into its soft glistening folds.

Lady Erricson stood tall and regal amongst the grain of her giant shadow, as the shined and folded platoon of battleships unfurled before her. A sphinctal coronet of candied sugar seeped, conjoined into its counterpart mountain-top fold, as it sought to disperse the borders of its gender. 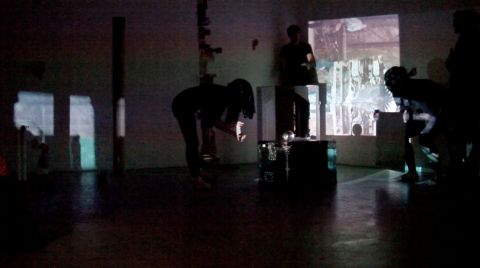 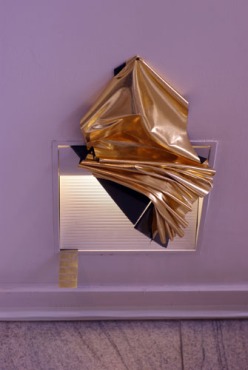 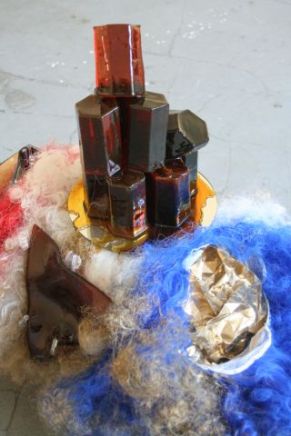